Everything is ready for the wedding between Fabio and Franco, a young Italian gay couple. The announcement has been made, the guest list drawn up, the suits selected and the cake topper chosen. Yet, one important detail is missing: the location.

The possibility of celebrating in Rome, where they live, will depend on the ability of Italy’s parliament to approve a pivotal yet contentious law on same-sex civil unions.

“We don’t have much hope, to be honest. Political opposition, fostered by part of the [Catholic] Church, is fierce,” says Fabio. “ I think we will have to get married abroad, probably Portugal.”

Italian lawmakers have attempted to pass gay rights laws in the past but legislation has stalled amid strong opposition from Catholic parties and centre-right inertia. Matteo Renzi, prime minister, on Sunday repeated his pledge to pass legislation by the end of the year, but his centre-left Democratic party has struggled to find a unified position on the issue.

Pressure increased last month when the European Court of Human Rights condemned Italy for not giving same-sex couples legal recognition and protection. The country is the only large western European country that does not recognise either civil partnerships or marriage for gay couples, although some cities including Rome and Milan have opened registries for same-sex partnerships, leading to limited local rights.

A draft law landed in the Senate in March. The legislation, based on the German model, would recognise same-sex unions, a step below gay marriage, which is recognised in France, Spain, the UK and elsewhere. It would grant gay couples the same rights — for example on inheritance, tax, pensions, welfare and health — as heterosexual partners, with the exception of limiting adoption rights and the use of assisted reproductive technology.

However, the legislation remains stuck in a parliamentary commission — which must then pass it to the Senate for a vote — blocked by thousands of amendments from both opposition and ruling coalition parties.

Mr Renzi has pledged final parliamentary approval by the end of the year, but Fabio and Franco are not optimistic.

“The more we think about it, the more we are convinced that in order to have a family we will have to move, far from our own family and friends, and this saddens me,” says Franco.

Monica Cirinnà, a senator for the Democrats and main architect of the law, admits it is facing “strong obstructionism”. But she is confident parliament will pass the law soon, backed by a government willing to “accelerate” the legislation.

“The text is balanced and does not clash with the beliefs of Catholics and traditionalist society,” she says.

Italy has been a laggard on civil liberties connected with family life and reproductive rights, with the conservative agenda of the Catholic church remaining influential.

In May, Cardinal Pietro Parolin, the Vatican secretary of state, made the view of many at the top of the church clear, defining the vote legalising gay marriage in Ireland as a “defeat for humanity”.

Angelo Bagnasco, leader of the Italian bishops conference, said on Sunday that families were the “foundation of society” and were composed of “a father, a mother and their children” and that “applying the same rights of a [traditional] family to families of other types . . . is wrong.”

“Italy in general is backward when it comes to rights . . . it’s a cultural problem,” says Ms Cirinnà, noting that the dome of St Peter’s “has always been a heavy shadow” over Italian politics.

In contrast, she says, society “has moved forward”, with more than two-thirds of Italians now in favour of gay civil unions, according to a recent poll by Istituto Piepoli.

Fabio and Franco see the proposed law as “the minimum required . . . a compromise”, saying Italy will only be considered “civilised” when all couples have the same rights.

Dario De Gregorio, an entrepreneur and gay activist from Rome, is concerned it will create “second tier rights”, although he sees the legislation as “a necessary step” for Italy. “If it is approved I will celebrate,” he says.

Proponents of the law say that despite potential extra costs for the state — the finance ministry says it could add €9.5m to welfare costs in the next two years — it could significantly benefit Italy’s struggling economy.

Paul Donovan, chief economist for UBS, recently suggested legalisation of same-sex marriages in the US would increase labour mobility and productivity there, and Franco Grillini, a gay activist and former Italian MP, said Italy’s economy could become “less static and stagnant” if a better legal status were granted to Italy’s estimated 5m gay people.

“Italy would only benefit [from the law], which would make it more developed, modern and productive,” he says. “It would also allow many young people who have left the country to come back.” 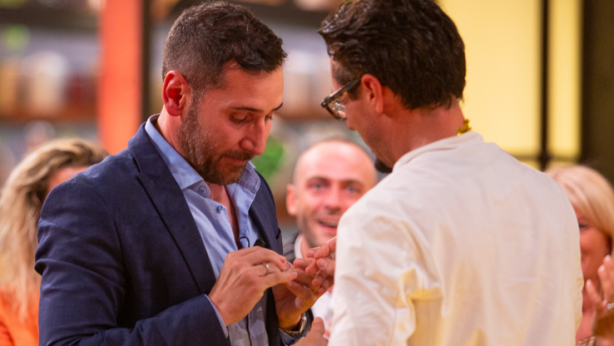 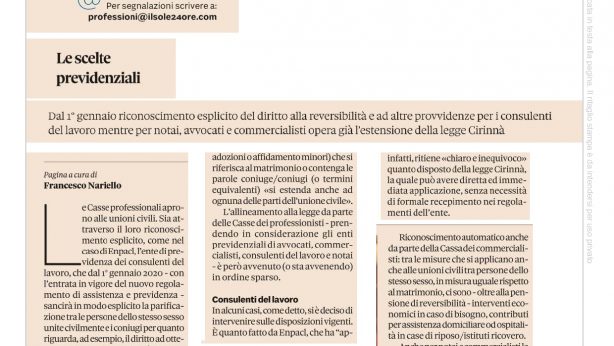